Nordita is the Nordic Institute for Theoretical Physics. Its purpose is to carry out research and strengthen the Nordic collaboration within the basic areas of theoretical physics..

Reflecting the Nordic background, the institute has an official name in each of the five Nordic languages:

Also, the five colours in the Nordita logotype have been taken from the specifications of the national flags of the five Nordic countries:

How to Get to Nordita 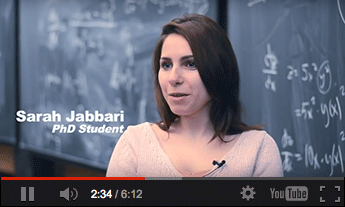 Nordita was founded as the Nordic Institute for Theoretical Atomic Physics in Copenhagen, Denmark, on 1 October, 1957, under the ownership of the Nordic Council of Ministers and located at the premises of the Niels Bohr Institute.

After the move to Stockholm, Sweden, in January 2007, Nordita is hosted jointly by KTH Royal Institute of Technology and Stockholm University. Nordita is housed in three of the buildings of the AlbaNova University Center just North of the Stockholm city centre.

Read more on the history of Nordita.

Nordita has a governing Board, appointed jointly by the President/Vice-chancellor of the host universities KTH and Stockholm University, with one representative and one alternate member from each of the five Nordic countries, nominated by the respective research councils. The Chairman of the Board is nominated by the Joint Committee of the Nordic Natural Science Research Councils, NOS-N. The Nordita board nominates a Director , responsible for the day-to-day administration of the institute, who is appointed by the President/Vice-chancellor of KTH and Stockholm University.

Since Nordita is not a legal entity in its own right, the institute is administratively organized as an independent unit one of the two host universities, Stockholm University, reporting directly to the Vice-chancellor.

Until 2006, Nordita was funded by the five Nordic countries Denmark, Finland, Iceland, Norway and Sweden through the Nordic Council of Ministers.

Currently Nordita funding is shared between the Nordic Council of Ministers, the Swedish Research Council, the two host universities KTH Royal Institute of Technology and Stockholm University, and Uppsala University.

Nordita has been evaluated by external experts at regular intervals through the years, most recently in the spring of 2009. Nordita has also prepared self-evaluation reports for the Nordic Council of Ministers.