There is currently no scientific event running at Nordita.

Nordita Fellow Florian Niedermann was awarded a four-year VR starting grant "Exploration of the Dark Sector with New Microphysics in the Early Universe". 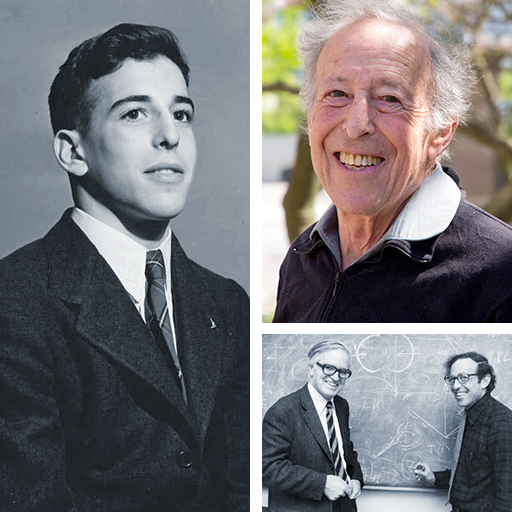 It is with great sadness to inform you that our distinguished professor emeritus Ben Mottelson passed away on Friday, May 13. Ben was an extraordinary physicist and human being in general. He has been a professor at Nordita since it was founded in 1957 in Copenhagen. He has obviously been of immense importance to Nordita and its development for many decades. Our thoughts are his family and friends to process this loss.

Ben was a professor at the Niels Bohr Institute (NBI) and Nordita, where he was employed for most of his career. With Aage Bohr he developed a unified model of atomic nuclei that could explain many facets of the properties of nuclei. This model combined aspects of Niels Bohr?s liquid drop model with shell effects, and for this work Ben, together with Aage Bohr and James Rainwater, was awarded the Nobel prize in Physics in 1975. Ben had a strong influence on contemporaries in the field, as well as the younger generation of physicists in nuclear and quantum many-body physics. In later years, he turned his attention to metallic clusters, quantum dots and ultracold atomic gases, and also worked with Aage Bohr and Ole Ulfbeck on the foundations of quantum physics.

Ben was the last person still alive that contributed to the foundation of Nordita in 1957, and thus belonging to those that have experienced the very early days of Nordita. Fortunately the book edited by Chris Pethick, Helle Killerich and Ben Mottelson has been completed during 2021 (see nordita.org/scrapbook), in which the first 50 years of Nordita in Copenhagen are described through the contributions of many Nordic people who came in contact with Nordita and shaped the structure of Nordita during the first 50 years of its existence. The presence of Ben Mottelson and Aage Bohr at Nordita was very important for the development of mainly nuclear but also particle physics in the Nordic countries during the sixties and the seventies. They also played a very important role to the high level of the scientific environment in Copenhagen, in which numerous world leading physicist visited the NBI and Nordita for a long period of time.

Nordita is grateful for everything that Ben has meant for the institute and its people.

Position as Director of Nordita

Nordita has a search for a new Director (starting date January 2024). Please contact the chair of the board Prof. Susanne Viefers (s.f.viefers@fys.uio.no) for further information.

A description of the director tasks can be found here.

Nordita provides equal opportunities to everyone and strives for more diversity among its scientific staff.

A scrapbook of recollections by researchers working at or visiting Nordita during the years at NBI in Copenhagen, 1957-2006. The book is edited by Einar Gudmundsson, Helle Kiilerich, Ben Mottelsson and Christopher Pethick.
Download Book (nordita.org/scrapbook)

The OMDB is an open access electronic structure database for 3-dimensional organic crystals, developed and hosted at Nordita.

Read more about the OMDB

Two-year MSc programme in Physics at the University of Iceland, in partnership with Nordita, the Nordic Institute for Theoretical Physics.

The programme aims to provide students with up-to-date knowledge of contemporary physics in the main areas of astrophysics, condensed matter physics, and high-energy physics, as well as solid training in applying mathematical and numerical tools widely used in these fields. The programme also offers a course to develop professional skills such as writing and presenting scientific content.

How to get here:

Nordita is hosted jointly by: