HOW TO GET TO NORDITA 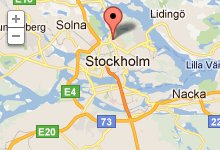 If you have your accommodation in Stockholm arranged by Nordita, you can also check the following directions between the airports, the hotels and Nordita:

NORDITA IS JUST NORTH OF THE CITY CENTER

Nordita is in the campus of AlbaNova University Center, within walking distance from the main campus areas of the three universities in northern Stockholm: Stockholm University, KTH-Royal Institute of Technology and Karolinska Institutet. 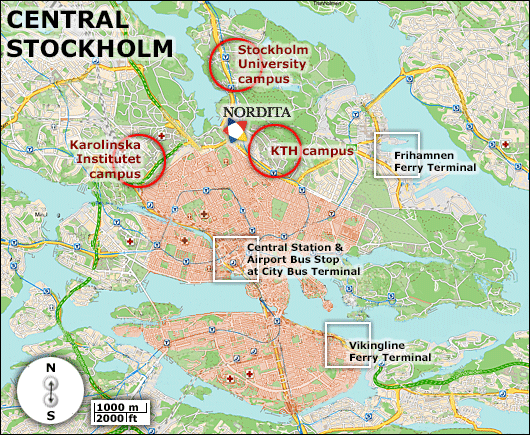 By Airport Coaches from Arlanda Airport

Going by bus to Stockholm takes about one hour. Tickets for the Airport Coaches (Flygbussarna) can be bought on their website: www.flygbussarna.se or on board with any major credit card. Note that cash is not accepted!

By train from Arlanda to Tekniska Högskolan subway station

By Arlanda Express train (see www.arlandaexpress.com) it takes only 20 minutes but costs twice as much as the bus fare.

To Nordita it is now a 10-15 min walk (see the directions on the map). When you come up to the street level from the subway, you will have the main street Valhallavägen on your left hand side, making an S-bend towards the left, around a small park. You should follow that street and continue slightly downhill until you reach a hot-dog stand Tullfritt, at the bottom of a steep street Roslagstullsbacken. Nordita is at the top of that street, across the roundabout.

Instead of walking, you can take the bus no. 61 from just outside the subway exit (50 m ahead, along the sidewalk) to the last station Ruddammen. 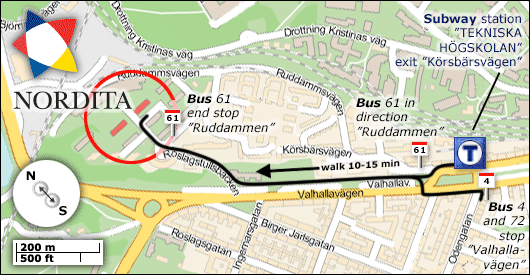 Going in the other direction, from Nordita to the Central Station, you should take a red line subway in the direction T-Centralen or Fruängen to central station.

By taxi from Arlanda to Nordita

Some airlines fly to Skavsta airport in Nyköping, southwest of Stockholm. Take the Airport Coaches (Flygbussarna) at the airport to the City Terminalen, and follow instructions above as for travel from Arlanda airport (Note that Skavsta airport buses do not pass S:t Eriksplan).

WHEN YOU ARRIVE AT NORDITA

Here you can read more about traveling in Stockholm: 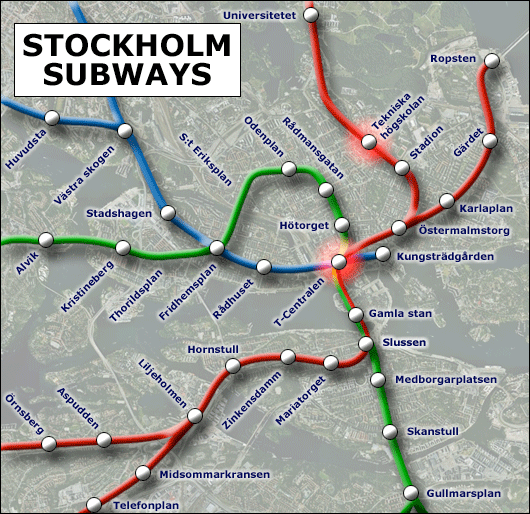