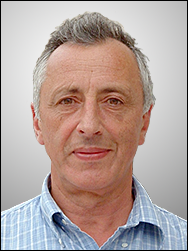 Michael (Mikhail - Misha) Liberman received his Ph.D. degree from the P. Lebedev Institute of General Physics in 1971 for (Symmetry groups in quantum theory) and his Dr. Sc. in theoretical physics from the A. Budker Institute of Nuclear Physics in 1981. In 1970 he joined the theoretical department at the P. Kapitza Institute for Physical Problems, Moscow. His many years association with Ya. B. Zeldovich during his life in Moscow was of particular importance. In has become a professor at the University of Uppsala. Misha Liberman made fundamental contributions to diverse fields of physic, including physics of shock wave (Physics of Shock Waves in Gases and Plasmas, Springer-Verlag, 1985 (with A. Velikovich), plasma physics (Physics of High-Density Z-pinch Plasmas, Springer-Verlag, 1998 (with J.DeGroot, A.Toor, R.Spielman), combustion theory including thermonuclear supernovae combustion, and Bose-Einstein condensate of excitons. He is best known as one of the world's leading scientists in combustion theory. Liberman's major contributions in combustion theory include a comprehensive theory of dynamics and stability of laminar flame and fractal structure of spherically expanding flames; interaction of flames with acoustic and shock waves, a nonlinear equation for a nonperturbative description of curved premixed flame. He is a fellow of American Physical Society: "For outstanding contributions ranging from laboratory plasma experiments to astrophysical phenomena, particularly in the areas of shock waves, Z-pinches, flame stability, and laser produced plasmas" and a honorary professor at the Moscow Institute of Physics and Technology.

In the last years his main current research interests are the origin and mechanisms of dust explosions and deflagration-to-detonation transition, clustering of particles in a turbulent flow, coherent 2D electron-hole systems and Bose-Einstein condensation of 2D excitons.