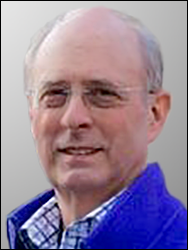 John Hertz received his PhD from the University of Pennsylvania in 1970. After a postdoc at the Cavendish Laboratory, University of Cambridge, he joined the faculty of the James Franck Institute, University of Chicago as an Assistant Professor. He became Professor at Nordita in Copenhagen in 1980. Since 2007 he has also been Professor at the Niels Bohr Institute and, since 2014, visiting Professor in the Department of Neuroscience, Faculty of Health Sciences at Copenhagen University. He divides his time between Copenhagen and Stockholm.

Early in his career, John worked in condensed matter theory, particularly on magnetism in systems with highly correlated electrons and on phase transitions, which led to his well-known work on quantum critical phenomena. He then turned to the statistical mechanics of disordered systems, particularly spin glasses. This, in turn, led him to develop an interest in neural networks. With Anders Krogh and Richard Palmer, he wrote what is still a standard book on artificial networks. In recent years, working with Yasser Roudi (Norwegian University of Science and Technology), Erik Aurell (KTH) and Joanna Tyrcha (Stockholm University) he focused on biological networks, particularly on the dynamics of neural networks in the neocortex, the problem of inferring connectivity (and other network features) from recorded spike trains, and stochastic properties of protein and gene networks in cells. His current work, in collaboration with Joanna Tyrcha, is on training neural networks to compose music.

His collaborative activity in the Nordic region includes organizing two Nordic networks on neural computation, teaching and collaboration with groups in Norway and Sweden, numerous summer schools and conferences, and supervision of MS and PhD students.