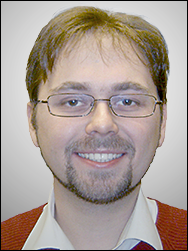 Alexander Krikun eceived his PhD in theoretical physics in 2011 in the Institute for Theoretical and Experimental Physics (ITEP), Moscow, Russia. He was a Nordita Fellow in 2013-2015 and then a PostDoc in Leiden University in 2015-2019. Now he rejoined Nordita as an Assistant Professor, supported by the VR Starting Grant, call 2018.

Alexander's main subject of interest is the development of Holographic Phenomenology for Quantum Matter, based on the concept of AdS/CFT duality, originating from String Theory. This theoretical tool allows one to address the behavior of strongly entangled quantum systems by means of a General Relativity model in auxiliary curved spacetime. The resulting unusual phenomenology can be directly compared to the data obtained in Condensed Matter Experiments.