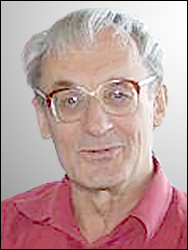 Aleksandr Zheltukhin received his PhD in 1977 and his DSc in 1992 both at the Joint Institite for Nuclear Physcics in Dubna. In 1992-1994 he was Professor of Mathematics in Kharkov Technical University of Radioelectronics. He has a permanent position in Kharkov Institute for Physics and Technology of Ukrainian Academy of Sciences, where he worked during 25 years in close collaboration with Prof. Dmitry Volkov in studying the theory of quantum fields and their symmetries.

The scientific activity of Aleksandr is in theory strings and branes, supersymmetry, gauge theory and general relativity. He contributed to solving the problem of spontaneous vacuum transitions in the Veneziano and Neveu-Schwartz dual models, hydrodynamical theory of spin waves in space-disordered media, high dimensional generalization of the Regge-Lund approach in string theory, constructing quantum theory of tensionless superstrings and supermembranes, dynamics of superparticles, solution of the problem of covariant division of constraints in the Hamiltonain mechanics of the Green-Schwartz superstring, supersymmetrization of the Feynman-Wheeler action-at-a-distance theory, development of twistor formulation of supersymmetric dynamics of particles and strings which explained mystery of the kappa-symmetry.